Adobe has just announced a new high-profile partner to bring great editorial imagery to Adobe Stock. In the Adobe MAX conference –taking place at San Diego between November 2nd and November 4th–, the design software giant informed that their stock photo service Adobe Stock will now include a large collection of stock photos and videos from the renowned multimedia news provider Reuters.

This new partnership will help build a new Editorial collection at Adobe Stock, that will now include Reuters' large archive and fresh photos and videos from relevant events around the world.

The team-up was announced along with a lot of exciting updates in Adobe Stock, Adobe Creative Cloud and many of the other Adobe products and services.

Leonardo DiCaprio, nominated for Best Actor for his role in “The Revenant”, wearing a Giorgio Armani tuxedo, arrives at the 88th Academy Awards in Hollywood, California February 28, 2016. REUTERS/Lucas Jackson
TPX IMAGES OF THE DAY – RTS8FPC

Reuters is one of the largest and most reputable news agencies in the world. Based in the UK and with a company history that goes all the way back to the late 19th century, this multimedia news provider has thousands of employees in over 200 locations across the globe, pushing in lots of relevant news imagery every day.

Adobe Stock will now offer a collection of Reuters' content in their library, which is available within any of Adobe Creative Cloud applications for quick and simple search, license and download. 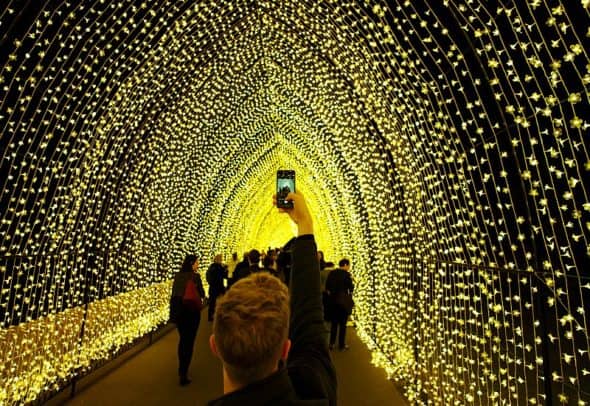 A visitor to the Sydney Botanical Garden's inaugural contribution to the Vivid Sydney light festival takes a picture of the ‘Cathedral of Light' during a preview of the annual interactive light installation and projection event around Sydney, Australia May 25, 2016. REUTERS/Jason Reed TPX IMAGES OF THE DAY – RTSFTG9

Thanks to these two companies' team-up, you will now be able to access current and professional editorial stock photos and videos from one of the most renowned news agencies, right from your favorite design application.

If you are a user of Creative Cloud, you can now search, test, license and use Reuters' images and footage without ever leaving your design app's interface.

Have you been looking for editorial stock photos that you can license and use in a quick and simple manner? If so, Adobe Stock and Reuters have just heard your demands.

The news of Adobe Stock Editorial collection powered by Reuters came out along with some very exciting updates on Creative Cloud service and functionality, that includes Adobe Stock's new Contributor Site, and their new, machine learning powered features that we informed you of not long ago in my exclusive interview with Zeke Koch, their Senior Product Manager.