Software company Adobe has announced changes to extend their offer Adobe Stock – which was announced in June – to new products on their Adobe MAX conference in Los Angeles yesterday. Adobe Stock will be integrated into more products, giving users of their Creative Cloud software access to more content in the future. 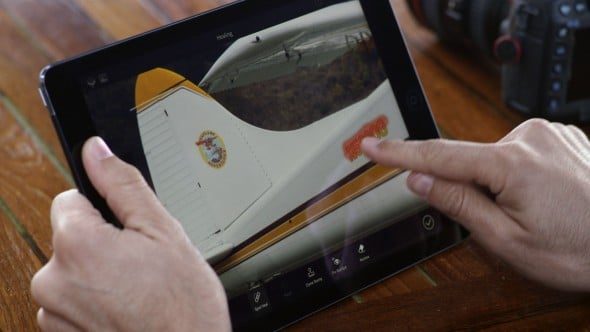 Adobe has shown their progress in moving well-known features from their popular image processing software on the desktop towards mobile solutions. With the Creative Cloud plans, Adobe is now able to publish new features on a regular basis instead of waiting for new, big releases that can be charged for separately. This strategy has shown with several new apps being published on every major event in the last few years.

One new exciting app will be Photoshop Fix CC, a solution allowing to correct blemishes or problematic areas of photos like removing unwanted content from parts of an image. With the announcement of Apple's iPad Pro the expectations are that even more of the photo editing process will be moving towards mobile devices in the near future.

The second new app, Capture CC, is the result of three apps already made available in the past: Adobe Color, Adobe Hue, Adobe Brush and Adobe Shape are all apps allowing creatives to pick up content, styles and colors from the real world to be used in their desktop and mobile solutions when creating content. The integration of those features will undoubtedly make the use in daily life easier. 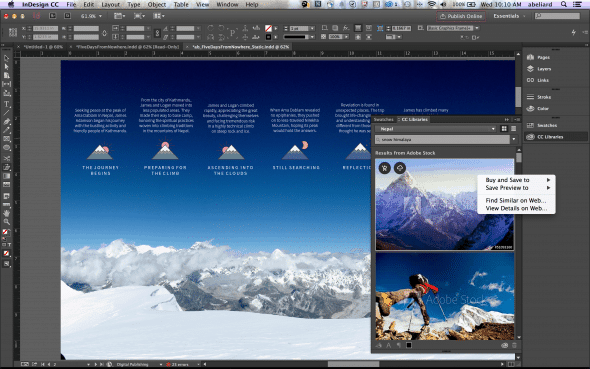 The integration of Adobe Stock will be much tighter in the near future. Adobe promised to implement all presented features into the desktop applications before the end of the year. This will include an easier way to search for content within the Creative Cloud library and therefore on Adobe Stock.

One big Stock Library to Share with all Team Members

Last month, Adobe had already announced that Adobe Stock will also be integrated into their Team Plans for Creative Cloud. This allows teams of users within a company to use the needed applications with a simple licensing structure. For Adobe Stock, the same is becoming reality: All prior purchased images will also be available within the shared library of all team members and can be downloaded again without any additional licensing fees. As Adobe Stock (and their subsidiary Fotolia) already had a more lenient license than the competition, allowing the sharing and unlimited print runs on their images, the new features can be integrated without additional consideration, eliminating the need for the customer to check for compliance when an image is being used multiple times.

The implementation of watermarked high resolution comp images and their seamless exchange for licensed images after a project goes from a draft into final stages makes the use of Adobe Stock within the software platform even easier for customers. 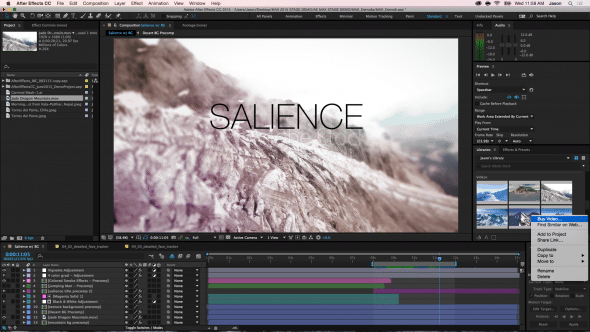 Besides images, the new integration will also allow to easily license video content already available through the agency subsidiary Fotolia within the Adobe products that support video. We have not found indication on pricing for this new type of content – if it would be integrated into the regular Adobe Stock offer, it would significantly reduce the licensing fees that typically are much higher for motion content than for still images. 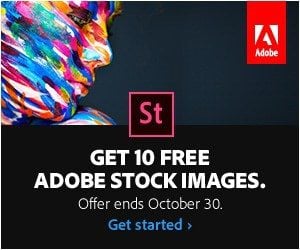 For the launch of the extended Adobe Stock free trial offer, there is a free test month available to all users signing up before April 30th, 2016. Up to ten images can be downloaded when signing up for a new subscription plan, and the subscription can be cancelled risk-free within the test period.

The regular license fee for a single image use within Adobe Stock is $9.99 whereas a monthly package of ten images comes at $49.99 – for users of any Creative Cloud plan, this is being discounted by 40% to $29.99 for ten images a month with the option to take over of unused downloads from prior months up to 120 images. There also is an option for a monthly subscription of up to 750 downloads at the price of $199.99 a month when paid on an annual basis, or $249.99 for a single month.

$279
We will be happy to hear your thoughts