EyeEm Market goes live – in the US at first

The long-awaited EyeEm Market has finally gone live – at least for users in the US at first. Other countries and regions are supposed to follow soon. 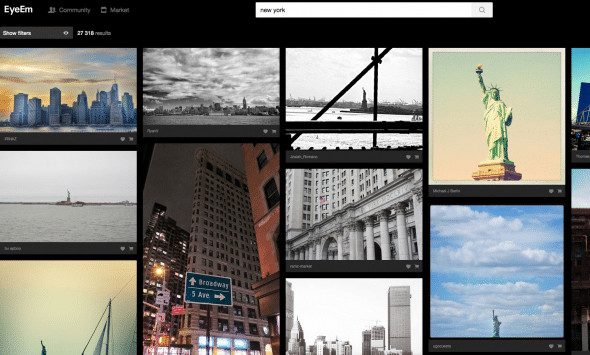 EyeEm Market goes live in the US

Originally announced for “summer” in 2014, the waiting for the EyeEm Market has now come to an end (check out our EyeEm Market for contributors guide here). The Market has opened its doors for buyers. In the first stage, only buyers from the US will be able to license images but, as EyeEm announced on their blog, other regions are supposed to follow soon.

The market comes in a clear and simple design, very similar to the app and its community pages. Actually the detail page for each file is pointing to the same page as the community, with files available for licensing automatically having added a price tag on the right side. This way, people could also find an image through Albums or user-profiles and not just going through the market. 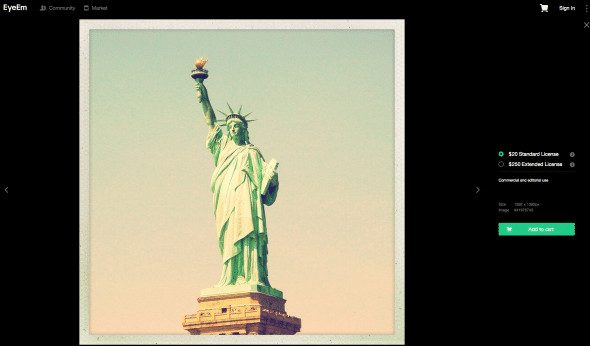 EyeEm Market Closeup on one of the images

The licensing is straight forward and simple with only two price points: The standard license comes at $20 and includes unlimited electronic use for commercial uses. For editorial uses, there is also no limit in print runs, allowing also large print magazines or papers to use the images in their editorial sections. The Extended License also allows unlimited print runs for commercial uses (while the standard license is limited to 250,000 copies) and used on products for resale.

The prices are simple at $20 for Standard and $250 for Extended License – somewhere in between the other crowdsourced microstock offers like Shutterstock and iStock but below the other recent market players like 500px Prime, Offset or Stocksy United. 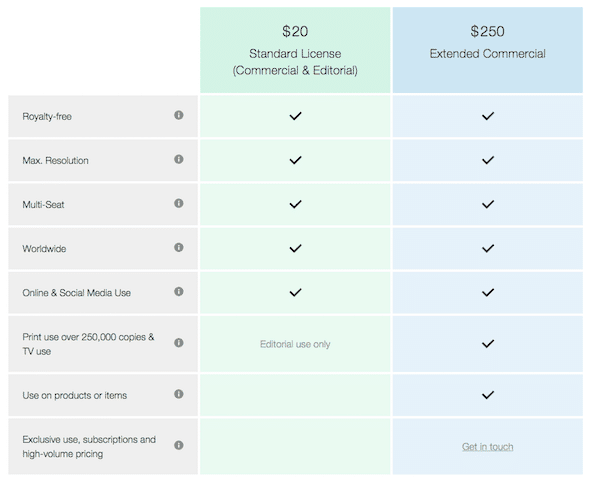 Besides the commercial images, EyeEm also offers a range of images for Editorial Use only. Those images contain trademarks, restricted locations or unreleased people and can only be used in news related context (which also includes many blogs uses, though). There is no indication about the size of the library but a search for the term “People” results in more than 3 million images already, so it must be a sizable library. 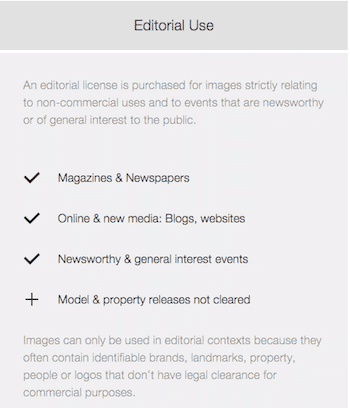 The search engine appears to be using the “albums” that users entered when uploading images in connection with some very smart mechanisms. A search for a natural language sentence that is highly unlikely to produce many results on standard image agencies like “people in the park in autumn drinking water” actually returns quite a few images. Though not unexpected most of them do not match all the things but at least one in the top two rows is filling this very specific need. 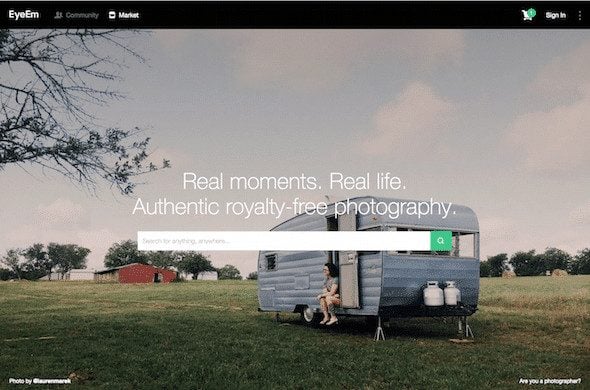 All in all, we like the looks of the EyeEm market – it definitely was worth the waiting.

Shutterstock is a leading creative marketplace for high-quality royalty-free photographs, vectors, illustrations, videos, motion graphics, and music to business, marketing agencies, and media organizations. It helps creative professionals from all backgrounds and businesses of all sizes produce their best work with incredible content and innovative tools, all on one platform. Shutterstock has a wide audience and is perfect for anyone in need of high-quality licensed assets for their businesses and projects including creatives, designers, tech, start-ups, and SMB's, although it is perfectly suited for any other creative projects.