Berlin based mobile photography startup EyeEm has announced a cooperation with Getty Images to provide images from their recently started EyeEm Market to be distributed on Getty's website as well as on iStock, the original crowdsourcing photo community.

UPDATE – Video Interview with EyeEm about their Partnership and their Marketplace 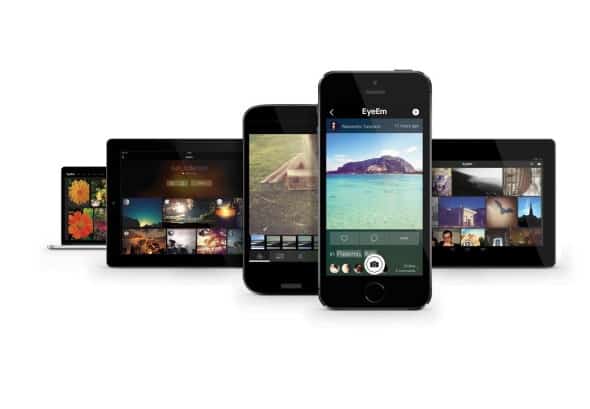 EyeEm Market images will be distributed by Getty Images

EyeEm had just announced their own Market for image licensing a few weeks ago. EyeEm is a startup founded in German hotspot Berlin in 2011. Its iPhone and Android app has been downloaded more than 10 million times by mobile photography enthusiasts around the globe. Photographers can use built-in filters to provide the modern look we know from smartphones and share their images on the platform and through social media channels.

Getty Images has put a lot of effort in using modern photography platforms to build up a new, more authentic look to sceneries around the world. In recent years, Getty has invited selected photographers through Flickr but this partnership is now running out. Along with their own photography app, they are now launching their new Moment collection with crowdsourced imagery. Also, iStockphoto is part of the Getty Images family, but here is an exclusive promo code for Getty Images. iStock has been the inventor of microstock and started as a crowdsourcing platform between designers.

EyeEm co-founder and CEO Florian Meissner says that the imagery created by the EyeEm community is “heart- rather than art-directed – authentic, fresh and often hyper local. It captures an often unexpected look at the world around us.“

Participating photographers are able to select which of their images can end up in the EyeEm market and therefore be distributed through the Getty Images channels.

iStock is one of the top stock photo agencies in the industry, and the pioneer in the microstock model –selling royalty free photos online at low prices with minimum payment requirement–. They're backed by Getty Images, and they're well-known for their high curation level and extensive catalog that includes a huge collection of exclusive images.

You can buy these photos on demand using credits, paying between $8 and $33 per image depending on the collection you choose and the credit pack you use. The lowest prices come with subscriptions: you have various plans to hire per month or per year, for access to the whole library or to budget images only, and they let you get awesome high quality photos for as little as $0,22 to $0,49 each. iStock is one agency definitely worth knowing and using if you like quality, variety, and affordability.

Find the best iStock images right here, just type in your keywords in the search bar below and hit the magnifying glass button to see results!

Exclusive Deal: 15% OFF on iStock Credits and iStock Subscriptions!
Don't waste time, and buy your choice of stock videos and stock images at iStock: 15% discount on everything: subscriptions and image packs.
REVEAL
REVEAL
28 days left