EyeEm shares its vision of the Future of Photography

Florian Meissner, Founder and CEO of German startup photo community EyeEm, has shared his vision of the future of photography along with two of his investors. We have visited the event in the Apple Store in Berlin and took notes of the most important messages. 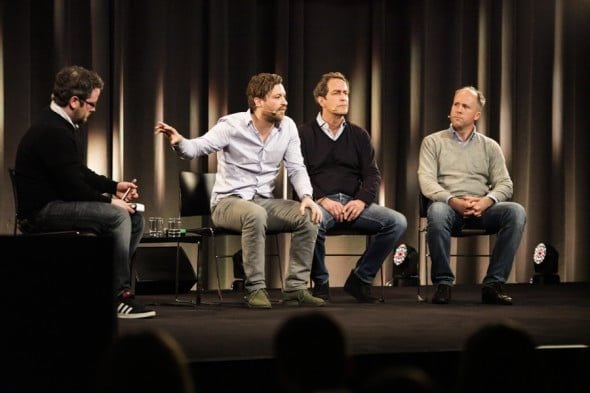 The event was part of a series in which Apple provides space in their store facilities for entrepreneurs to present their companies, their products and their visions. In the light of recent announcement, EyeEm founder Florian Meissner focused on their vision of photography in the future and how they plan to commercialize their successes.

Meissner: “We are not a stock agency, we are mainly a community”

Even though EyeEm had just announced their Market, Meissner said: “We don't consider ourselves a stock agency. Photography is our passion and our main focus is to provide a thriving community with the option to educate beginners to create better images.” Although at one point, a business has to consider how to earn money. They had dismissed the idea of selling some of the filters built into the app or allow photographer additional features. “We didn't want to earn money from our community. Instead, we are trying to open channels which allow our community to make money with us.”

Meissner also put weight on their thinking: “We did not want to screw around with our terms to get photographers granting us certain rights in their images for free. Instead, we are trying to build an Opt-In solution”, so each of their members could decide by themselves if they just want to share their images or become a part of the business.

From hosted events on EyeEm to image licensing

In the past, EyeEm had already offered companies to host sponsored events within the app, sourcing images from events, locations or topics. For example, in one projected Lufthansa has sourced images from destinations it wanted to put some focus on. “It is more efficient to communicate through your own customers rather than just communicating with them.” The key to this is “authenticity of the images taken from real life.”

In more general terms, Meissner expects the mobile trend to continue. But besides the availability and sharing abilities (what he called “democratization of photography”) he also sees a declining use for staged, perfectly lit stock images. Jason Whitmire, with Earlybird Venture Capital one of the early investors of EyeEm added: “Stock photography is only the tip of the iceberg. We will see more interaction between companies and user generated images in the future.” 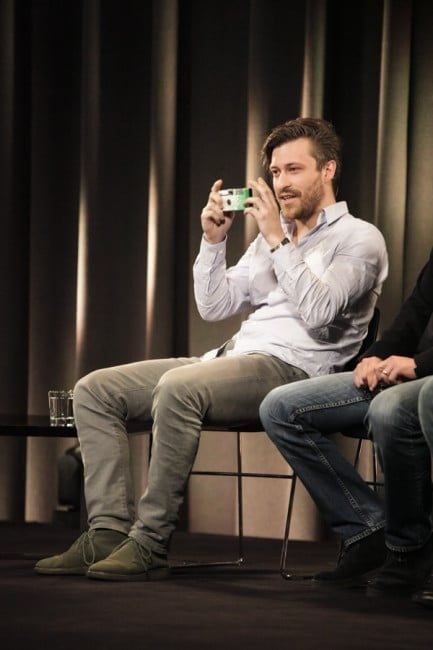 EyeEm Founder Florian Meissner taking a picture of the audience

EyeEm is a mobile photo community founded in 2011 in German capital Berlin. According to Florian Meissner there are about one million active photographers sharing their images today. They had just recently announced their EyeEm Market as a place to offer and buy image licenses for selected content uploaded by community members. Shortly after they also announced a partnership with Getty Images for selected images to be distributed through Getty's sales channels including their microstock agency iStock.

The event was taped by Apple and will be distributed as a Podcast on iTunes soon.

If you are interested in more infos about the mobile stock photo market, check out our video of the mobile panel at the last Microstock Expo. The panel consist of EyeEm as well as foap, Clashot and Scoopshot.

Thanks to Michael Jay for this great article as well as for the images.