Shutterstock keeps going strong in the development of their editorial imagery offer. Proof of this is their most recent move: rebranding their premium editorial service Rex Features into Shutterstock Editorial.

This is just the last in a continuing series of steps towards increasing its proprietary Shutterstock Editorial content offer, which now has over 40 million images available and pushes tens of thousands of new files daily.

For more details on the agency, refer to our Shutterstock review. 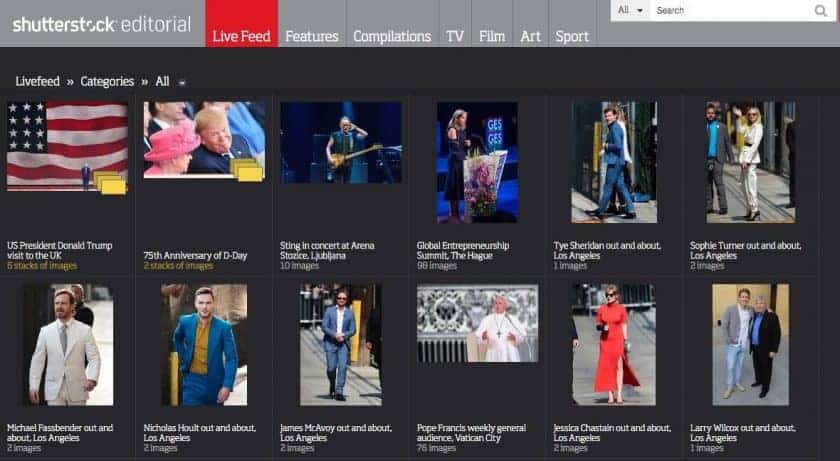 Rex Features was originally a UK-based editorial media company, that was acquired by Shutterstock in 2015. It offers a live feed with the latest photographic content in topics like entertainment, sports, news, celebrities and more.

They also have curated themed galleries such as features, compilations and collections for TV, films, arts, etc. Their archive hosts millions of editorial images spanning several decades to the present day. They are well known for their professional and personalised customer service and work with above-microstock pricing due to the nature of their licenses.

At the time, this was one of the very first steps this agency took into the editorial media world, and they intended to maintain Rex's independence as well as learning from them, while providing both Rex's and Shutterstock's customers access to each other's prime-level image libraries, as they told us in this exclusive interview with Shutterstock about the Rex Features acquisition.

Since the acquisition, Rex operated as a stand-alone website and service under the orbit of Shutterstock. That is until now, that it's been formally rebranded Shutterstock Editorial.

This updating process is so far merely aesthetic: while the logo, website content and email address have been modified to reflect the new brand, the service still works on its own website and domain, and the daily workflow for buyers, contributors and partners remains pretty much the same. 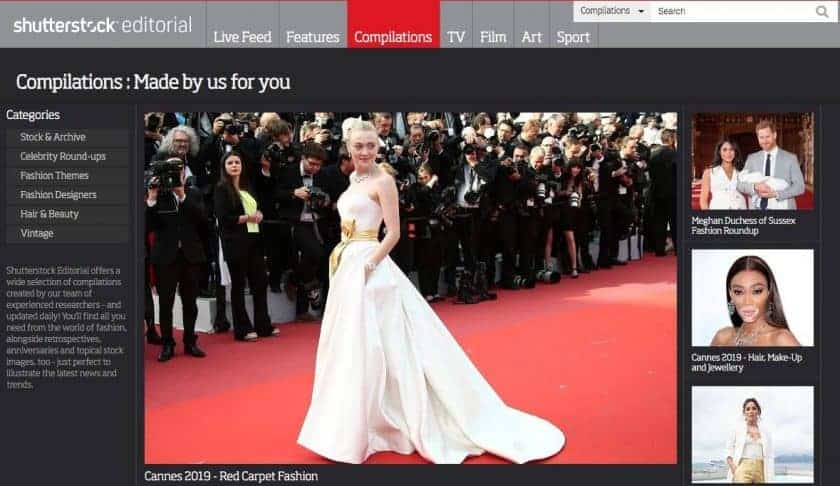 This cosmetic and nominal changes in Rex Features may not appear as relevant on their own, but considering all the latest moves Shutterstock has done in the editorial imagery field, they gain a new significance in pointing out how serious (and profitable) this segment is in the eyes of the company.

Let's not forget this comes not long after the agency made their proprietary editorial library available to all customers on their main site, taking it out of the threshold only Premier customers accessed before. Equally important, the company says their ongoing efforts to grow this offer lead them to their current stack of over 40 million high-profile editorial images and around 20,000 freshly new files added every day. See more on Shutterstock Editorial tab!

After almost five years of running Rex, renaming it Shutterstock Editorial signals the strong foothold Shutterstock –arguably the king of affordable, commercial stock photos– is having in the editorial media business.

I am Content Manager, Researcher and Author in Stock Photo Press and its many stock media oriented publications. I am a passioned communicator with a love for visual imagery and an inexhaustible thirst for knowledge. I was lucky to enter the wonderful world of stock photography working side-by-side with experienced experts, and I am happy to share my research, insights and advice about image licensing, stock photography offers and stock media industry with everyone in the creative community. My background is in Communication and Journalism, and I also love literature and performing arts.

Shutterstock Editorial is Now Available for All Customers!

The Latest Partnerships in Editorial Stock Photos – All in One Place

Interview with Shutterstock about their Rex Features Acquisition