Shutterstock is upping their game in the industry with today's announcement: Stan Pavlovsky, who performs as COO, will become CEO of the company in April. Shutterstock founder and current CEO Jon Oringer will transition up into the Executive Chairman role on the company's board of Directors.

These changes in leadership, they say, is part of a development strategy to take the top stock photo agency into its next phase of growth.

So, who is the new CEO? What can you expect to see in Shutterstock next? All the answers, next.

Stan Pavlovsky will become CEO of Shutterstock (and member of its board of directors) effectively from April 1st 2020, just one year after joining the company first as co-COO and Head of Strategic Operations and ascending to President and COO a couple of months later.

Previous to his landing on the stock photo agency, Stan worked for the media company Meredith Corporation, which manages various big brands like PEOPLE, InStyle and Martha Stewart Living. In his consecutive roles as President of Meredith Digital and Executive VP of the corporation itself, Pavlovsky built a solid success record on leading and growing the company's digital assets and brands. 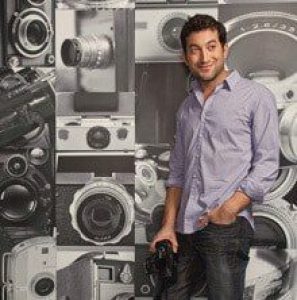 After managing the agency's day-to-day operations since founding it 17 years ago, Jon Oringer will now move up to Executive Chairman at the board of directors and remains the largest shareholder too. From this role, he will continue to drive and oversee Shutterstock's operations and strategies, as well as represent the company and serve as an advisor to the new CEO.

According to the announcement, the board feels Oringer's first-hand experience and skin in the game are huge assets in escalating the agency's growth and business development into the future, and Jon himself feels the time is right for a CEO with a different set of skills to his own takeover and push the company into its next phase. Here you can read his thoughts on this transition and what his new role entails.

What Will Happen at Shutterstock Next

As appointed Chief Executive Officer, Stan Pavlovsky has laid out his leadership of Shutterstock will revolve around 3 main pillars:

In other words, you can expect to see more software tools to realise your creative endeavours and valuable insights to help your visual content strategy, as well as a constant feed of new images into their already massive library.

Moreover, the overall goal in this leadership move is to transform Shutterstock's platform into an integral creative services resource. So only time will tell what that transformation results in!

Want to know more about this agency? Check our full Shutterstock review.

And what do you think of the appointment of a new CEO? Are you excited about seeing new developments in their service?

Shutterstock is a leading creative marketplace for high-quality royalty-free photographs, vectors, illustrations, videos, motion graphics, and music to business, marketing agencies, and media organizations. It helps creative professionals from all backgrounds and businesses of all sizes produce their best work with incredible content and innovative tools, all on one platform. Shutterstock has a wide audience and is perfect for anyone in need of high-quality licensed assets for their businesses and projects including creatives, designers, tech, start-ups, and SMB's, although it is perfectly suited for any other creative projects.