Things are happening at Getty Images! Just today the Getty family announced they're acquiring a majority stake in Getty Images. This move, which happens along with a refinancing process they expect to be completed in two to three months, will see the family –represented by agency co-founder Mark Getty– gaining full control of the company that bears their name.

Further ahead there will also be some changes in Getty Images' leadership. A new CEO, among other main appointments in management and board that are already disclosed.

This transaction is said to be aimed at enhancing the agency's position in the global visual market, and should also strengthen the company financially.

Today's announcement explains the Getty family, lead by Getty Images co-founder Mark Getty, is buying all of Carlyle Group's equity interests in the company, for $3.3 Billion. This is a controlling stake that Carlyle acquired in 2012 that will now put the Getty clan to direct the most prestigious stock photography agency in the world, as the investment group will still profit from future business growth.

This purchase is part of a whole refinancing plan the company is undergoing, and it's expected to be fulfilled at the end of the third quarter of 2018, so in two-three months from now.

Leaders from the Carlyle Group and Getty family both expressed their goal is to boost up the agency's financial position and expand their reach in the global visual market, where Getty Images is already one of the most renowned, premium stock photo suppliers. For more info on the agency, check our great Getty Images review and Getty Images Coupon Code post here. 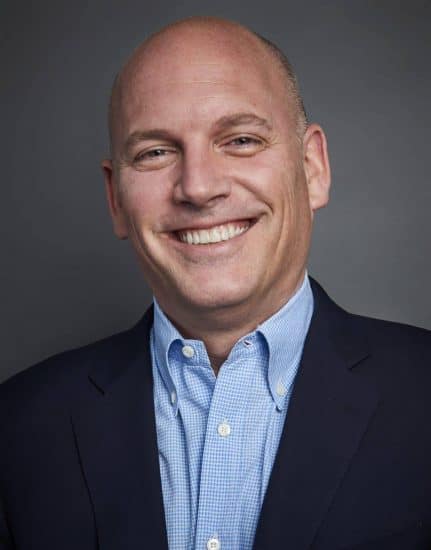 After this move is completed, there will also be some changes to Getty Images' leadership. Firstly, current COO Craig Peters will step in as the new CEO. Current CEO Dawn Airey will become Non-Executive Director. Also, the now Interim CFO Rick Powell will be ratified as CFO.

There'll be some movement on the directing board seats as well. Company co-founder Mark Getty will join as Chairman, and co-founder Jonathan Klein, right now in that position, will remain on as Deputy Chairman. (Both men are portrayed in our in our header photo).

While scheduled for closer to the end of the year and depending on the closing of the announced transaction, all these appointments were already announced today, so we know who will be running the agency in a couple months from now.

Getty Images goes for the World

Since all the involved parties highlighted it is their goal, we can be sure now Getty Images is set to take over the whole world in stock photos.

Controlled by the Getty family, with both co-founders on the directing board and a new executive leader, it's gonna be a matter of wait and see to what the company will be doing to extend their reach in the global market next year.

Getty Images is arguably the most prestigious and well-known stock photography agency in the world. Its strong global presence, huge pool of images including exclusive collections, and impeccable reputation make for a first-class, premium stock photo service like no other. Working with Rights Managed and Royalty Free images, both for commercial and editorial only use, Getty Images has the perfect photos for your every need.

You can buy this premium photos on demand. Rights Managed images' price vary according to intended use, ranging from a couple hundred to up to thousands of dollars. Royalty Free photos on the other hand, cost from $125 to $500. But you can get them for as low as $100 to $375 each using an Ultrapack. If you're after top class stock photography, Getty Images is definitely one agency to explore.

And you can explore it right now, using the search feature below. Enter your keywords, hit the button, and be blown away by the results!